Biden won’t do it because he takes his orders from big business. And the wealthy don’t want to lose the ability to milk future college attendees:

Congresswoman Alexandria Ocasio-Cortez has called on Joe Biden to fulfil his campaign promise to address the $1.57bn of outstanding student loan debt in the US.

Despite campaigning on the proposal to forgive $10,000 of student debt per year, up to $50,000 per adult, Mr Biden has not only failed to fulfil that promise, but he has actively walked back his support.

Lawmakers pushed him to broadly forgive $50,000 in student debt to help Americans whose debt payments cannot keep up with the accruing interest, leaving them unable to buy homes, cars and in some cases get married or consider having children.

Still think Trump isn’t a Russian asset. And if not, how does an American president get high praise from a Russian dictator and not have betrayed his country?

"He is a colorful individual. You may like him or not. And, but he didn’t come from the U.S. establishment. He had not been part of big-time politics before, and some like it, some don’t like it but that is a fact," Putin argued.

The Trump gang knows how to grift:

Former Treasury Secretary Steven Mnuchin, who is estimated to have a net worth of at least $400 million, is extracting every last drop of federal largesse he’s entitled to before it runs out in July. A federal spending disclosure filed to an official database reveals a $28,903 charge listed as: “LODGING FOR USSS SUPPORT FOR FORMER SECTRES. MNUCHIN JUN2021.” The payment, made to Al-Rov Luxury Hotels Ltd. in Jerusalem and dated June 9, 2021, comes just weeks before Mnuchin’s full-time, taxpayer-funded Secret Service protection is scheduled to end. In an extremely unusual move before leaving office, former President Donald Trump granted an extra six months of protection beyond the end of his term to 13 family members at least three Trump appointees: ex-Chief of Staff Mark Meadows, ex-National Security Adviser Robert O’Brien, and Mnuchin.

The warrant was in relation to the ongoing probe led by federal prosecutors from the Southern District of New York regarding Giuliani’s alleged lobbying efforts abroad during the Trump presidency, a key focus of the first impeachment case against President Trump. 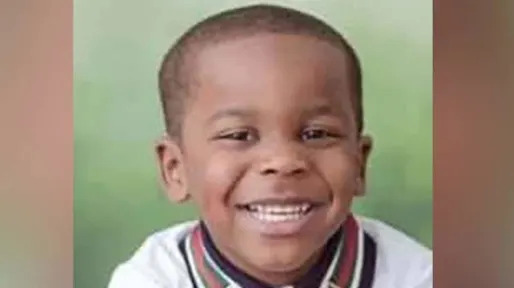 When do we start demanding that this madness stop. Are we going to wait on the politicians to care? Because they don’t. We have to fight for our children. We have to demand guns be removed from the streets. Or it could  be your child next time:

A 3-year-old who was celebrating his birthday was shot and killed in Miami-Dade County over the weekend. Now, police are offering a $15,000 reward for information on the shooter.

Just after 8 p.m. on Saturday, a gunman, armed with semiautomatic rifles, drove by a suburban Miami house, police said in a statement. Elijah LaFrance, the birthday boy, was standing in the doorway of the house while his parents and other family members cleaned the front yard after the party.

Police said the gunman opened fire, shooting over 60 times, hitting LaFrance. His aunt found him wounded, and he was rushed to the hospital, where he later died of his injuries.

Rose McGowan in an appearance on Fox News Monday attacked the Democratic Party, which she accused of being a "deep cult" whose supporters are in thrall to leaders who don’t care about them.

McGowan, a movie star who was one of the leading activists of the #MeToo movement, made the point after noting her childhood growing up in the Children of God cult.

McGowan told Fox News host Tammy Bruce that she used to vote for Democrats herself, but stopped.

"I am not here to make people feel bad about their political choices," said McGowan.

"But I am here to say that you might be in a cult too if you don’t know the signs. And I do believe Democrats, most especially, are in a deep cult that they really don’t know about and aren’t really aware of."

I wouldn’t have believed if I hadn’t read myself. This is the newspaper of conservative Republicans. Then again didn’t Donald Trump publicly fantasize about having sex with his daughter?

This is the headline:

President Joe Biden is proposing a historic infusion of federal money into housing as part of his $2 trillion infrastructure package, but the plan is already running into doubts about whether it’s enough and resistance from the very people he needs to make it a reality.

This could be a very important decision. The 2nd amendment refers to a “well regulated militia.” That does not mean anyone can have a gun anywhere at any time.” The 2nd amendment was written at a time when we had no military or national police. It is no longer relevant:

A federal appeals court on Wednesday ruled that states may restrict the open carrying of guns in public, a major ruling that is certain to be appealed to a US Supreme Court hostile to limits on the Second Amendment right to bear arms.

The 9th US Circuit Court of Appeals in a 7-4 ruling upheld Hawaii’s limits on openly carrying firearms in public, rejecting a challenge from Hawaii resident George Young, who had sued the state for denying his bid to carry a handgun outside the home.

“There is no right to carry arms openly in public; nor is any such right within the scope of the Second Amendment,” Judge Jay Bybee, a nominee of George W. Bush, wrote in the majority opinion.