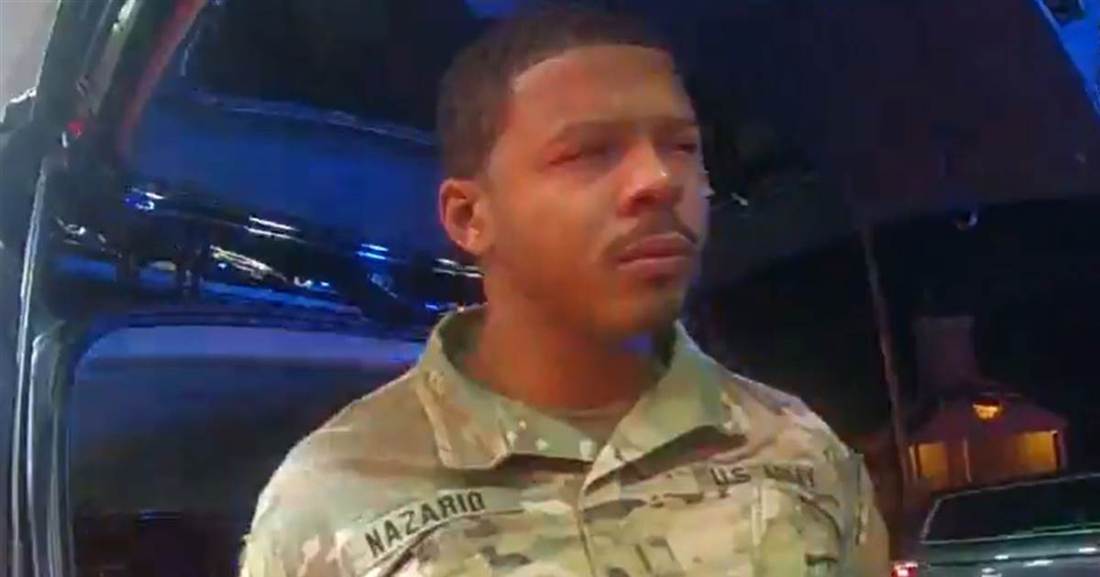 Here we are again. Another near situation where a black man is either shot or is threatened or beaten for the most minor of charges. And then the body cam is released to the public months or years later:

Virginia police pulled guns on a Black Army officer during a traffic stop and threatened to execute him in a parking lot, according to the serviceman’s lawsuit and video of the encounter.

U.S. Army Lt. Caron Nazario was driving Dec. 5, 2020, in his newly purchased Chevrolet Tahoe when he encountered police on U.S. Highway 460 in Windsor, about 30 miles west of downtown Norfolk, the active-duty soldier claimed in a federal civil lawsuit filed last week. He was in uniform at the time of the stop.

Nazario, who is Black and Latino, conceded in his complaint that he didn’t immediately pull over. He instead put on his emergency lights and continued for another 100 seconds, driving under the speed limit, so he could safely park in a well-lit gas station parking lot less than a mile down the road.