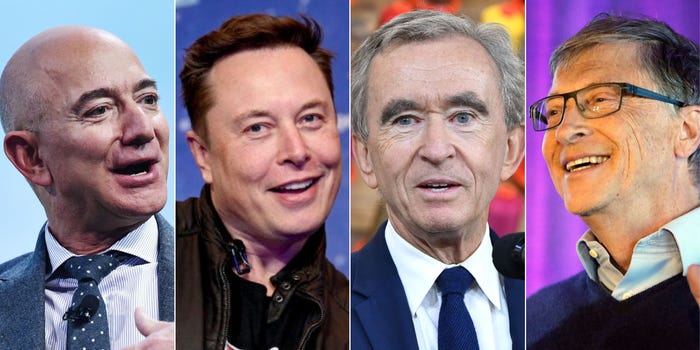 Obscene. If this is capitalism then this evil. But it’s really about government being used by the wealthy to promote their interests to the detriment of the rest of us. The U.S. political system, in particular, is controlled by the 1 percent. And they are using that power and wealth to destroy us all:

2020 was a great year for billionaires.

That’s according to Forbes, which released its annual billionaires list on Tuesday. Forbes found that the world’s wealthiest people, many of whom are recognizable as the top names in the business world, are $5 trillion richer than they were one year ago.

Here’s how the five richest billionaires fared in 2020: