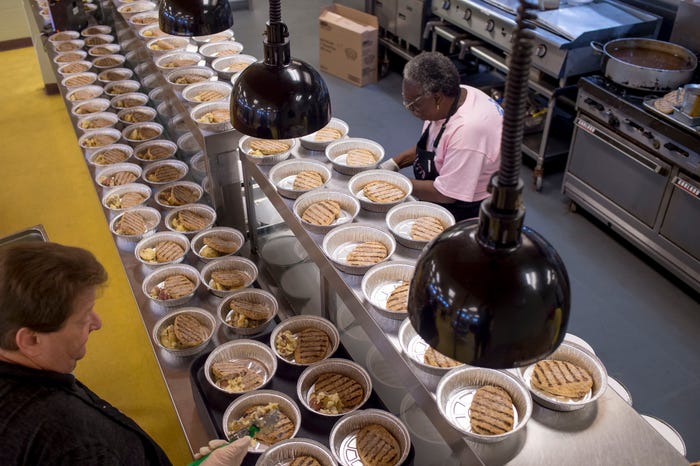 It is criminal that the wealthiest country in the world has so many Americans going hungry:

54 million or one in six Americans are projected to be food insecure by the end of the year, according to an analysis by Feeding America.

Feeding America, the largest anti-hunger organization in the United States, distributed 4.2 billion meals between March and October, with around 20% of its 200 food banks in danger of running out of supplies. This represents a 57% increase from last year, with around 4 in 10 visitors being first-timers, the Associated Press reported.

Almost 26 million people, or one in eight Americans, did not have enough food as of mid-November, the US Census Bureau found. A report commissioned by the Food Research & Action Center noted that 1 in 4 of those in food poverty typically had incomes above $50,000 a year before COVID-19, the Associated Press added.

It is especially galling given that US billionaires’ wealth grew by $845 billion during the first six months of the pandemic. And the stock market is higher today than before the pandemic hit America. As for corporate profits, they are doing quite well, thank you:

Corporate profits in the United States rose 27.5 percent to USD 1,569.2 billion in the third quarter of 2020, rebounding from a 11.7 percent plunge in the previous period, a preliminary estimate showed. It was the sharpest increase in corporate profits since the first quarter of 2009, as the economy continued to recover from the coronavirus pandemic. Undistributed profits jumped by 201.9 percent to USD 678.8 billion and net cash flow with inventory valuation adjustment, the internal funds available to corporations for investment increased by 24.9 percent to USD 2,625.7 billion.

Bottomline: There should be no excuse for such hunger in America.